The 2020 NFL season is quickly approaching as we are less than 3 weeks away from kickoff on Thursday. I have noticed one trend; the lack of NFL buzz coming around this year. At this point we should be hearing nonstop Training Camp reports and ESPN jamming Matthew Berry down our throats. This all just seems out of the ordinary but nothing is ordinary in 2020. The NBA playoffs have stolen some of the NFL’s thunder, not to mention a lack of preseason games also doesn’t help the hype of the impending football season.  I am on record stating that this NFL season will go down as one of the biggest if not the single most important season for Football cards ever.

In years past, the hobby focused solely on Mahomes and Lamar, Quarterbacks or bust talk. Brady took off and the hobby hasn’t looked back since. What does all this mean for the average collector? Most NFL QBs rookie cards are out of reach, so we need to look elsewhere. And elsewhere is non-QB positions. I am quoted saying, “why would someone pay the same price for an average QB, just because they’re “young”, like a Sam Darnold, when you can get a Michael Thomas for the same price”. This just seemed crazy to me. I lived through the early 2000s when RBs were the chase, Ricky Williams, Tomlinson, Priest Holmes, Edgerrin James and so on. I was immediately written off for this controversial statement by my peers and other collectors I respected. I was blasted in DM’s with the old argument that “WRs can get hurt or RBs never make it past year 4” and so on. Well, they weren’t wrong. But when prices became as high and extremely volatile as they are, something had to give this year. Enter non QBs. There are many examples of Elite WR’s and RB’s holding value long term, not just your weekly spikes. Take for instance Jim Brown, Walter Payton, Barry Sanders, Emmitt Smith, Jerry Rice, and Randy Moss. You do not need to be a QB to have staying power in the hobby world. 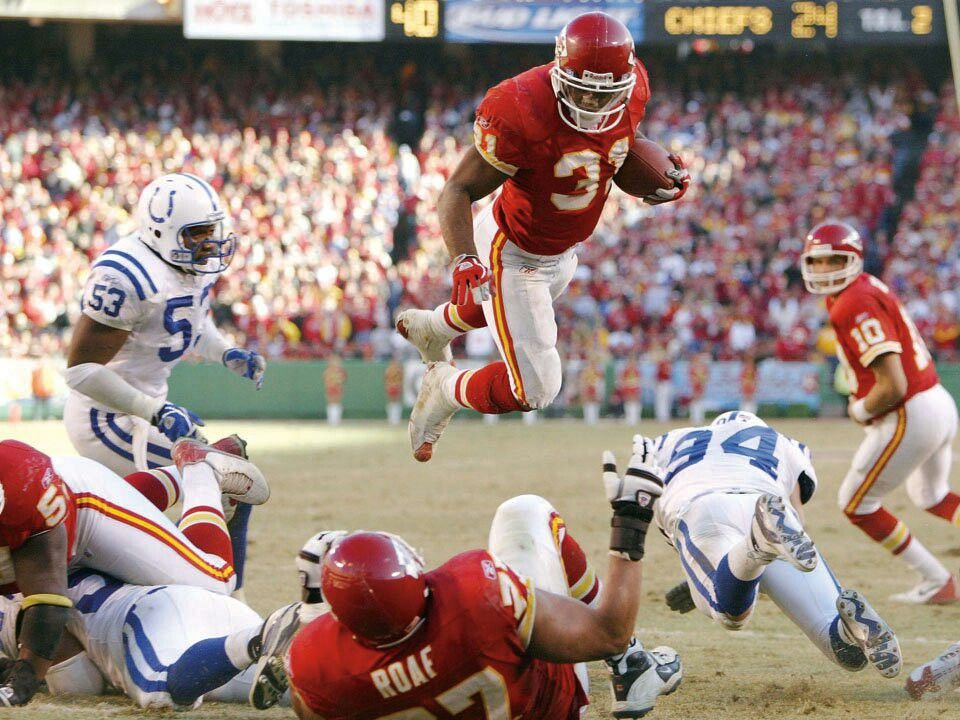 This NFL season is going to be the most magical season for the hobby. Daily Fantasy Sports or DFS has exploded onto the scene. As I mentioned in my last article, the concept of flipping players on a nightly basis has taken the hobby by storm and changed the approach of many seasoned hobbyists. Websites such as Slabstock and COMC specializing in the buying/selling of assets without ever shipping a card have really taken off. What does this do? Avoids returns, avoids buyer’s remorse and really makes the buying and selling of a card seamless. I believe this is going to be an easy path for investors. You acquire a player before a big game or soft matchup, wait for them to explode on Sundays and watch the offers roll in. Everyone wants the satisfaction of making a few bucks day trading sports cards on their couch. Football cards have always seen very large spikes in prices post game, and I feel it’s going to become even more volatile. Prices have already begun tripling and for some even higher since June on some Elite Tier 1 non QBs. Due to the lack of Buzz around the upcoming NFL season I still feel there is time to get in. We are already seeing some of the Elite Skill Position players skyrocket in the last few months.

Now, lets say you’re a little late to the party and have been so involved in the NBA playoffs you totally forgot there was an NFL season or have fears about Covid. Don’t worry, you’re not too late. With the rise of Elite Tier 1 RB’s and WR’s, we would expect these players to quickly become priced out for our average collector/investor. I still believe there is tremendous value in the Tier 2 RB’s and WR’s on a week to week flipping basis. Tier 2 players like Miles Sanders, Nick Chubb, Clyde Edwards Helaire, Josh Jacobs, Davante Adams, Tyreek Hill, and Julio Jones, will all experience explosive weeks throughout the season. Opportunity is what makes you money as an investor. Looking back at the first few weeks of the 2019 season where Sammy Watkins ripped off 3 Tds in a game or Baltimore’s rookie WR Marquise Brown scoring 2 Tds in each of his First two NFL games. These players all saw increases in card prices virtually out of nowhere.

We don’t have to look very far back to see this playing out in baseball with the start of the delayed season. Charlie Blackmon started the season on fire. After years of being a solid lead off hitter, but with no hobby love, his torrid start translated directly to a giant spike in his card prices. Fast forward eight games into the season, and Charlie has at least one hit in each game and then hits a home run in each of his next two, bringing his average up to 0.550 through ten games. This was enough to catapult his hobby love into a new stratosphere. 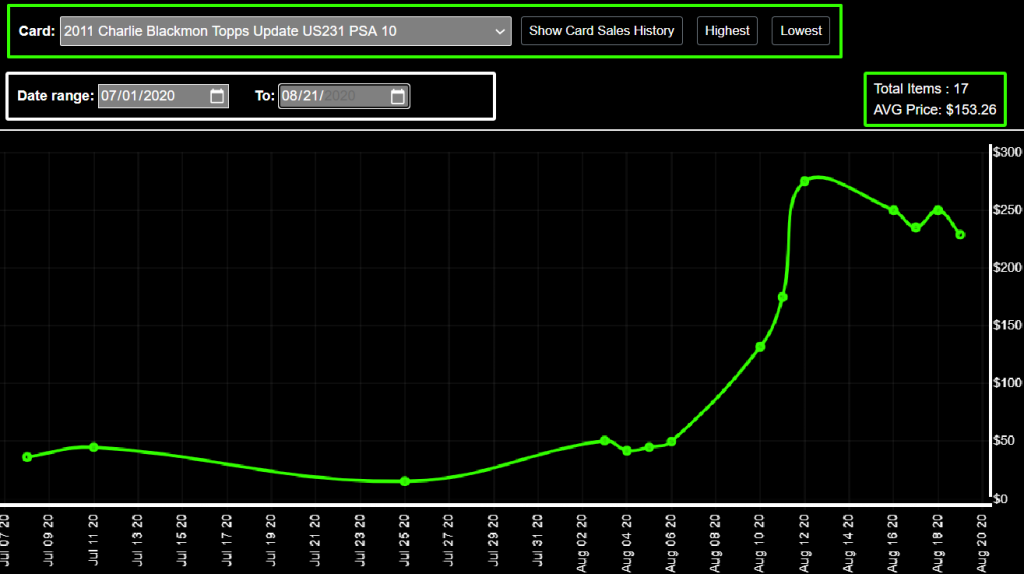 No hobby love in years to a 5X jump in the matter of days. Welcome to the new world of sports cards.

Whether you’re a flipper or a long term investor, I firmly believe there is value still all over the NFL landscape. The NBA card scene has fueled a revolution of new investors and collectors, all hoping to get rich quick and find that next Luka, Lamar, Mahomes, Giannis, or Christian McCaffrey. It has been an incredible six months and I would only suspect some of that action will make its way to the NFL gridiron moreso than ever, and we might, as a hobby, finally kick that QB only stigma to the curb.

What’s my point here? People in this hobby are too narrow minded; we need to think outside the box. How high can QBs really go? The average person shouldn’t be forced to buy poor players because they have been told by “experts” that it’s a QB only hobby. Go capitalize on these weekly player performances. Look at the charts, they do not lie. RB’s and WR’s are back! Make no mistake, there are plenty of deals out there, you will need to do your own research, but do not limit yourself to just QB’s in the Football Card landscape this season. As always happy collecting